As a client, how can you avoid these pitfalls, and determine your designer/studio won’t “flake” on you?

Early on in the bidding process, there are some behaviours that could be warning signs:

1. They’re offering too much for too little.

If you’re talking to a few designers or studios, and one of them is quoting far below the others, they might not have the experience to draw up a realistic estimate. If a price sounds too good to be true, it probably is!

2. They don’t have a network for referrals.

You might need more than a web designer. You might need a photographer, a copywriter, and an illustrator. If you’re talking to someone who can’t do these things or make recommendations, they may not have been in business long enough to develop a professional network. While not a red flag on its own, keep in mind that it’s easier to work with someone who can recommend and work with other talent.

3. They’re quick to give you an estimate without asking about you.

Good design and solid branding needs to meet your business or organization’s objectives. If a designer or studio is keen to talk about themselves, rather than ask questions, they may not be taking the time to understand your particular goals and challenges.

4. They’re only able to talk in buzzwords.

Technical and marketing vocabulary can be intimidating to the uninitiated. If you’re talking to someone that can’t use layman’s terms on request to explain what they’ll do for you… maybe they’re exaggerating their abilities.

This isn’t a red flag when you’re talking to a small studio (Pixel Foundry is just three people!) or a skilled freelancer. But if you’re not speaking to the person who’ll be doing the work, who will be? If you can’t get a straight answer, they might just be reselling offshore/outsource work. It happens more than you’d think.

One or two of these warning signs alone might not mean anything. But, if you’re feeling uncertain and see these red flags, it might be worthwhile considering a different vendor. 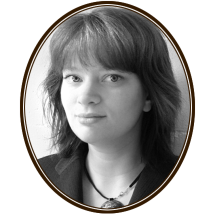 Megan Seely has contracted for advertising agencies and design studios (large and small), and worked on projects in the retail, food and beverage, restaurant, financial, and non-profit sectors. She is also an experienced web programmer. When not in front of a computer screen, she can be found exploring nature, taking photographs, and experimenting with vegan/vegetarian recipes in the kitchen.

Sign up to receive our newsletter for the latest articles, useful resources, case studies, news, and more.

Posted by Kelly Chen in Marketing

Posted by Chestnut St. Pixel Foundry in Around the Foundry

Stop Doing Everything Yourself: 4 Reasons to Ask for Help

Posted by Kelly Chen in Business